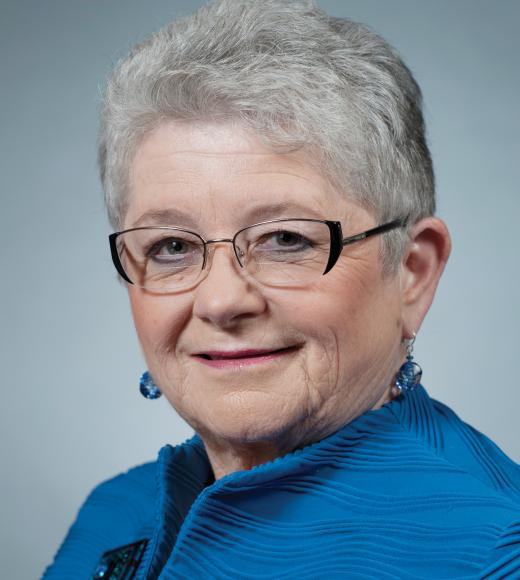 Dr. M.R.C. Greenwood's research interests are in national science policy, obesity, diabetes, and women's health. Her past research work has been on the role of genetics in the development of obesity and diabetes. She is currently interested in national and international policy in these areas and the role of government in the regulation of food and diet.

Dr. M.R.C. Greenwood is Chancellor Emerita, University of California, Santa Cruz and currently Director of the Foods for Health Initiative, Chair of the Graduate Group in Nutritional Biology and Distinguished Professor of Nutrition and Internal Medicine at the University of California, Davis. She also holds an appointment as Adjunct Professor of Public Health and Nutrition at the University of California, Berkeley. Dr. Greenwood is a nationally and internationally known expert on obesity and diabetes. She has numerous publications investigating the basis of obesity and diabetes. In addition, she is a national leader on science and technology policy and an expert on higher education policy issues. She is a member of the Institute of Medicine at the National Academies of Sciences. She is a fellow of the American Academy of Arts and Sciences, is a fellow, past president and board chair of the American Association for the Advancement of Science (AAAS) and is a fellow of the American Society for Nutrition (ASN). She currently chairs the Policy and Global Affairs division of the NRC at the National Academies of Sciences.

Dr. Greenwood served as Associate Director for Science in the White House Office of Science and Technology Policy from 1993 to 1995. There she provided authoritative information and advice on a broad array of scientific areas to the Director of the Office of Science and Technology Policy in support of the President and his objectives and programs. She was responsible for the effort leading to two major science policy documents whose tenets continued to gather bi-partisan support: "Science in the National Interest" and "Meeting the Challenge: Health, Safety, and Food for America." In addition, she played a leadership role in coordinating inter-department and interagency science activities.

Dr. Greenwood previously served with distinction as Chancellor of UC Santa Cruz, a position she held from July 1996 to April 2004. Major accomplishments as Chancellor include: launching the campus' first professional school, the Jack Baskin School of Engineering; fostering the establishment of the NSF Center for Adaptive Optics with subsequent support from the Moore Foundation, increasing the number of academic programs by 52%, from 63 to 96, including a 41% increase in graduate programs; opening the first new residential colleges in the UC system in 30 years; hiring 250 new faculty members; raising morale, more than doubling extramural research support; constructing nearly one million assignable square feet in academic buildings for the arts, the sciences and engineering; establishing a UC Silicon Valley Center at Moffett Field and engaging with NASA Ames in developing the nation's first NASA University Affiliated Research Center, the largest competitively awarded contract ($330 million) at the University of California up to that time. In addition, under her leadership the campus raised more in private donations than the previous total for the campus' entire history.

Dr. Greenwood served as Provost and Senior Vice President for Academic Affairs for the 10 campus University of California (UC) system, the second highest position in the 10 campus system. Her responsibilities included development of academic and research policy, administrative oversight of University planning and associated academic budget matters, liaison with the University-wide Academic Senate and student governments, liaison to the California Postsecondary Education Commission, development of policy in such areas as admissions and outreach, library planning, and student affairs. She was also responsible for University Extension, summer sessions, the University Press, and the UC Natural Reserve System, among other responsibilities.

Dr. Greenwood served as Dean of Graduate Studies, Vice Provost for academic outreach, and Professor of nutrition and internal medicine at UC Davis. While at UC Davis she maintained an active well supported research program focusing on the genetic basis for diabetes and obesity and in areas related to women's health.

Dr. Greenwood was the John Guy Vassar Professor of Natural Sciences and chair of the biology department at Vassar College. She initiated the Undergraduate Research Summer Institute (URSI) that continues today to be a signature program for the college. She is a member of the Board of Directors of the biotech company Maxygen, Inc. and has also served on various other for-profit and non-profit advisory boards.

In the Silicon Valley and Monterey Bay region, Dr. Greenwood was on the board of directors of the California Healthcare Institute, and has served on the board of directors of the American Leadership Forum, Silicon Valley and the executive advisory board of the Silicon Valley Leadership Group. She is a member of ARCS and Women's Forum West. She has served on the boards of the Children's Discovery Museum of San Jose and the Tech Museum of Innovation in San Jose and was a member of the Advisory Board for the Second Harvest Food Bank in Santa Cruz. In 1998 the Santa Cruz Chamber of Commerce honored her as Woman of the Year. In 2001 she received the "Woman of Achievement " Award in San Jose.

Greenwood, M.R.C. Greenwood, The Changing Picture for Women in Science and Higher Education Careers: Glass Ceilings and now a Glass Cliff? In: Doctoral Education and the Faculty of the Future, Cornell University Press, in press, 2007.

Greenwood, M.R.C., Kovacs North, Karen, and Dollenmayer, Judith, Whose Millennium? The University as a Medium of Culture. American Behavioral Scientist, Vol. 42, No. 6, March, 1999.