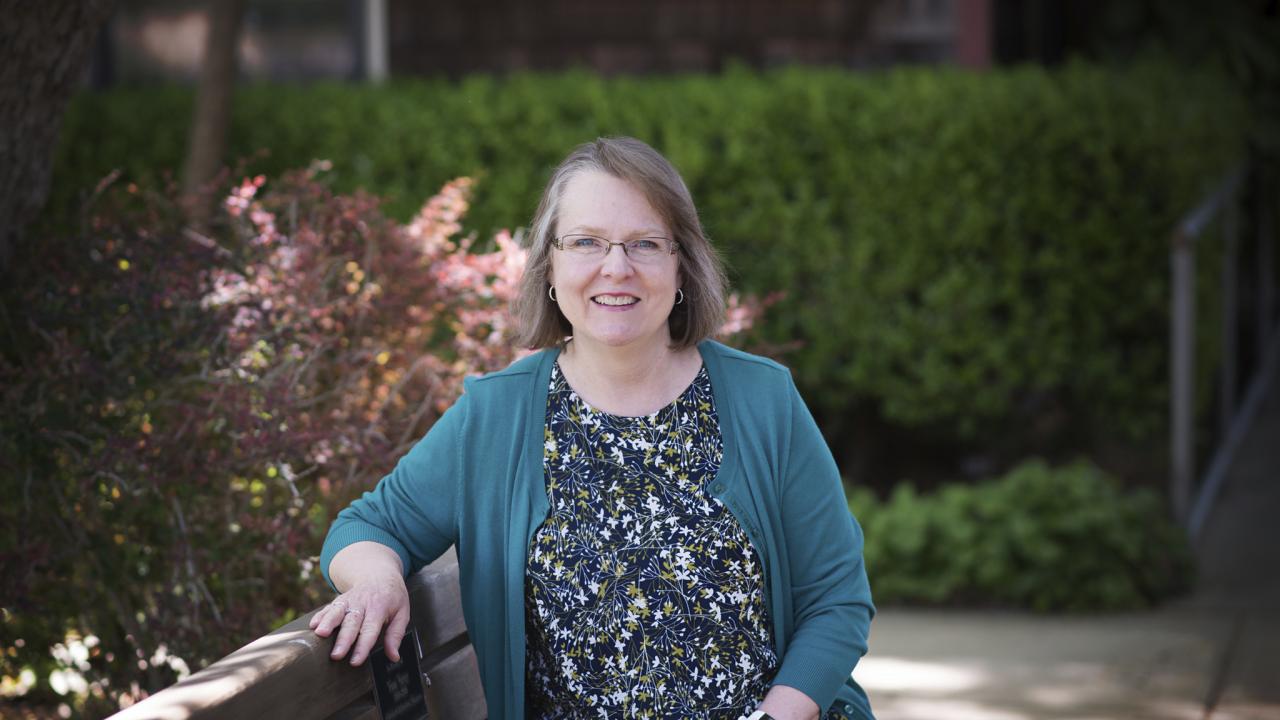 Nutrition Scientist ‘Exemplifies the Best of the Faculty’

Professor Francene Steinberg, chair of the Department of Nutrition at the University of California, Davis, has been named the winner of this year’s UC Davis Prize for Undergraduate Teaching and Scholarly Achievement. The $55,000 prize, funded through philanthropic gifts managed by the UC Davis Foundation, is among the largest of its kind in the country.

A faculty member for almost 26 years and department chair for 10, Steinberg considers herself a “lifelong Aggie,” having earned her bachelor’s and master’s degrees as well as her Ph.D. at UC Davis. During her career, which includes time spent as a clinical dietitian, she has focused much of her research on the effect of food on cardiovascular health.

“I’m really thrilled, very honored and surprised to have been selected,” Steinberg said.

Steinberg, as well as last year’s winner, Isabel Montañez, a distinguished professor in the Department of Earth and Planetary Sciences, will be honored during a gala on Thursday, May 5, at the UC Davis Conference Center. Montañez is an expert in ancient climate change and the interactions between continents, oceans, the atmosphere and life on Earth. Last year’s traditional teaching prize celebration was postponed due to the pandemic.

Steinberg said her fascination with food and what it does for the human body began at an early age, growing up with a mother who lived with diabetes. It guided her into a career in nutrition.

“I grew up thinking of foods, not just as delicious, fun things to eat, but also what it did to my mother metabolically,” she explained. “That’s really a large part of what has driven me, is my interest in the impact of foods, food components and food choices on health outcomes and just seeing the big impact it can make on people’s lives.”

Steinberg has evaluated the benefits of a range of foods, including soy foods, black beans, grapes, eggs and nuts, and dietary components such as fiber and lipids. Today she is examining food biomarkers to see how food intake affects overall health or risk of disease. She’s also focused on the emerging field of precision health.

“Ultimately we’re helping to make new discoveries and put all that data about the impacts of foods and food components on health responses into precision health algorithms to get more precise recommendations for people’s health,” she said.

As an instructor, Steinberg is dedicated to helping students break down complex material into understandable concepts. Steinberg focuses on evidence-based methods that are connected to current research in the field and uses real-life examples and case studies.

Student evaluations describe her teaching as “engaging” and “inspiring.” One student described her as “one of the best lecturers I have had during my entire undergraduate career.” Another student said Steinberg’s knowledge of the subject “blows my mind.”

“Woven through all of her teaching, service, research and outreach is a dedication to educating students and the greater public about the role of nutrition in contributing to a healthy lifestyle,” said Helene Dillard, dean of the College of Agricultural and Environmental Sciences. “Professor Steinberg truly exemplifies the best of what it means to be a faculty member at UC Davis.”

Not only does Steinberg strive to help students excel in the classroom, she also enjoys guiding them as they embark upon their career. She takes pride in helping students take the science they have learned and apply it to better the lives of people in the local community and beyond.

“What really is a defining feature of UC Davis is the huge impact it makes on individuals and the country and the world,” Steinberg said. “It’s so inspiring to work at a place that does this and to have great, excellent colleagues and outstanding students to work with. The student population that we have here is really the cream of the crop, and it’s fun to work with them.”

Established in 1986, the UC Davis Prize for Undergraduate Teaching and Scholarly Achievement was created to honor faculty who are both exceptional teachers and scholars. The prize is sponsored by the UC Davis Foundation. The winner is selected based on the nominations of other professors, research peers, representatives from the UC Davis Foundation Board of Trustees, and students. See a list of all the recipients since the award’s inception.

Congratulations to the 2022 Graduates in Nutrition Science and Clinical Nutrition!