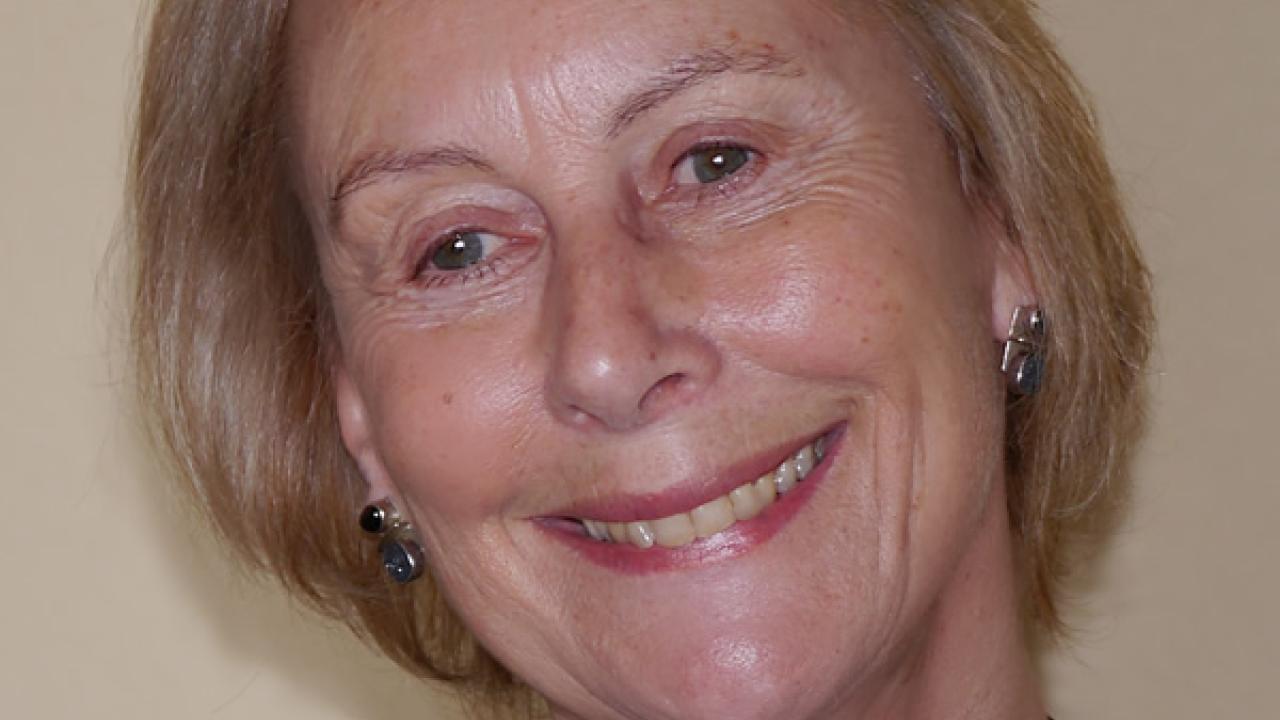 Dr. Lindsay Allen, PhD, was inducted into the United States Department of Agriculture (USDA) Agricultural Research Service (ARS) Science Hall of Fame on April 5, 2022. This prestigious honor is reserved for ARS employees whose work has had a significant impact on agricultural research by solving a problem through research and whose accomplishments continue to be internationally recognized by the scientific community. No more than two scientists from ARS are inducted each year. Dr. Allen is being honored for her outstanding and sustained research contributions, which led to the discovery that multiple micronutrient deficiencies that stem from poor dietary quality, rather than protein-energy deficiency, and are a major cause of stunting and functional impairment. As a result, her research has had a major impact on global maternal and infant health, and pregnancy and lactation outcomes in particular. The United Nations Children’s Fund (UNICEF) adopted micronutrient supplement formulations for infants and pregnant women that Dr. Allen helped to develop. Dr. Allen also led the authorship of guidelines for micronutrient fortification of food for the World Health Organization (WHO) and Food and Agriculture Organization (FAO), which have been widely cited and translated.  She has conducted many studies including randomized controlled supplementation and feeding trials in low-income populations to understand the prevalence, causes, and metabolic and functional effects of micronutrient deficiencies, published in 330 articles.

Dr. Allen is Emerita Professor in the Department of Nutrition, the past Center Director and currently a Research Physiologist (ST) in the USDA-ARS Western Human Nutrition Research Center (WHNRC), which is located on the campus of the University of California, Davis. She was President of the American Society for Nutrition (ASN) during the 2020-2021 year and currently serves on the Board of Directors as Past President. She has served as the first President of the Society for International Nutrition Research (now the Global Nutrition Council), Associate Editor for The Journal of Nutrition, and ASN representative to the International Union of Nutrition Sciences and the ASN Membership Committee. Dr. Allen’s contributions to the field of nutrition are many and she has been honored with the ASN Fellow Award and as the recipient of the McCollum International Lectureship Award, the Conrad Elvehjem Award for Public Service in Nutrition, the Kellogg International Nutrition Prize, and the 2016 Outstanding Investigator Award from the Vitamins & Minerals RIS. Her international recognition includes Vice-President of the International Union of Nutrition Sciences, and the Career Achievement in Evidence Translation Award from the Mathile Institute.

A panel of peers from USDA-ARS, other federal agencies, or academia selects no more than two scientists each year to be inducted into the Hall of Fame. Inductees must be retired or eligible for retirement from ARS, must have produced a major impact on agricultural research and made accomplishments that continue to be recognized by the agricultural research community. In addition, inductees must possess the character and record of achievement worthy of emulation by younger scientists and be nationally or internationally recognized by peers in the scientific community.

Congratulations to the 2022 Graduates in Nutrition Science and Clinical Nutrition!